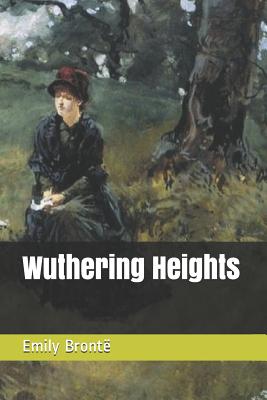 By Emily Bronte
$15.00
Not on our shelves at the moment, but we will order it for you.
(This book cannot be returned.)

Details--Emily Bront (Author)-Life of Emily Bronte-Three Sisters-About Wuthering Heights-Wuthering Heights Characters.-Characters Family Tree.-Timeline of Story-The Bront's & Gothic fictionsWritten by: Emily Bront Type of Work: novelGenres: gothic literature; Victorian; romanceFirst Published: 1847Setting: the moors of Northern EnglandMain Characters: Heathcliff; Catherine Earnshaw; Edgar Linton; Cathy Linton; Hareton Earnshaw; Ellen (Nelly) DeanMajor Thematic Topics: romantic love; brotherly love; love versus hate; revenge; crime and punishment; nature and culture; class structure; good versus evil; chaos and order; selfishness; betrayal; obsessionMotifs: obsession; revenge; rebellionMajor Symbols: the houses; keys; archetypical charactersThe three most important aspects of Wuthering Heights: Heathcliff and Catherine Earnshaw are among the most famous fictional couples of all time. In fact, they probably are second only to Romeo and Juliet in this regard. Unlike Shakespeare's lovers, who are kept apart by the society in which they live, Catherine and Heathcliff are themselves responsible for their failure to fulfill their love for one another. Their own passionate natures make their union impossible.The novel contains a so-called framing device, which is a story that surrounds the primary narrative and sets it up. Lockwood's visit to Wuthering Heights and the supernatural occurrence he witnesses there frame Nelly's narration of the novel's main story.Wuthering Heights is a gothic novel. Gothic novels focus on the mysterious or supernatural, and take place in dark, sometimes exotic, settings. The double is a frequent feature of the Gothic novel, as well. In Wuthering Heights, the love of Hareton and Cathy doubles that of Heathcliff and Catherine, and Linton doubles Edgar. The novel itself consists of two entire stories, each consisting of seventeen chapters; the second half of Wuthering Heights doubles the first.