My Invisible Father: Turn on the Light to See the Unseen (Paperback) 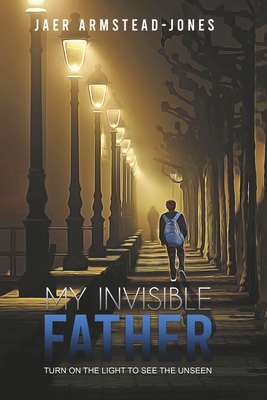 My Invisible Father: Turn on the Light to See the Unseen (Paperback)


Special Order
My Invisible Father is a story is about three young teens who face different voids through similar omissions—missing fathers. And as they try to make sense of their own lives while trying to make sense of the world, they encounter tragedies and triumphs directly related to their fathers. They confront the difficult acknowledgment of race relations that rock the core of their existence in a city that historically has been as divided as the streets paved in it. Though a novel for teens and young adults, anyone can enjoy and be enlightened by this gripping story.
Jaer Armstead-Jones has been a middle school English teacher (also known as Mr. Jarrod Jones) since 2007, working in the University City and Webster Groves school districts. His fervor for reading and writing is passionately reflected in his teaching. He wrote as a reporter/writer for campus and local weekly newspapers. He earned a bachelor's degree in media communication from Webster University and a master's degree in secondary education. Jaer has a burning desire to write stories that show real-life scenarios illuminated in fictional prose and poetry. He longs to implement his experiences and love of sports, music, and education in his stories, with characters who are immersed in diversity and exploring spirituality in ways to make their lives and their worlds better. My Invisible Father is his first novel. Jaer also works at St. Louis County Library, and he lives in the St. Louis area with his wife and four children.