The Hidden Insanity of Watergate: A Long Look Back at the people, plots & politics of the Nixon Years (Paperback) 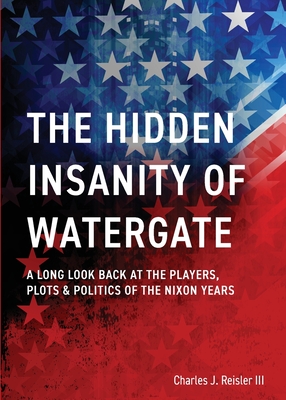 Almost a half-century after leaving the Nixon Administration, my memoir, The Hidden Insanity of Watergate describes my experience as a twenty-five-year-old Madison Avenue executive working on behalf of the President and alongside many of the bold-faced names of that era, many who would be swept up in the unfolding Watergate scandal. The book includes heretofore little--if not unreported--theories on the real reasons behind the Watergate break-in in June 1972. Who was behind this incident that would ultimately lead to Nixon's resignation in August 1974? Players include billionaire recluse Howard Hughes, ex-CIA operative Howard Hunt, and a White House counsel trying to protect his wife's association with the head of the leading call girl ring in Washington.