Hitler and the Secret Societies: A collection of writings (Paperback) 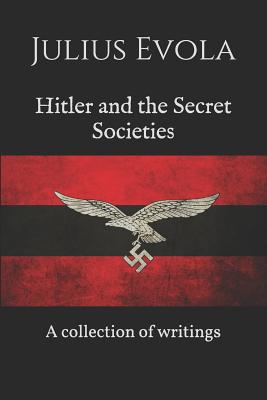 Hitler and the Secret Societies: A collection of writings (Paperback)


Ships quickly (1-7 days)
(This book cannot be returned.)
This Volume contains a selection of articles, excerpts and writings written by Julius Evola during all his long and extreme life. Julius Evola, also known as Baron Giulio Cesare Andrea Evola (19 May 1898 - 11 June 1974) was an Italian philosopher and esoteric scholar. Since his death, his writings have influenced right-wing, reactionary and conservative political thought not only in his native Italy, but throughout continental Europe and, increasingly, the English-speaking world. Nevertheless, Evola should not be considered primarily as a political thinker, but rather as an exponent of the wider Traditionalist School that encompasses the work of such individuals as Ren Gu non, Titus Burckhardt and Frithjof Schuon. In this volume: - Hitler and the Secret Societies.- On the Secret of Degeneration.- American "Civilization".- Against the Neo-Pagans.- The Meaning and Context of Zen.- Yoga, Immortality and Freedom.- Fascism: Myth and Reality.- The Nature of Initiatic Knowledge.- Synthesis of a Doctrine of Race.- The Occult War.