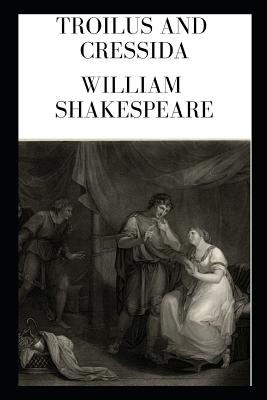 In the seventh year of the Trojan War, a Trojan prince named Troilus falls in love with Cressida, the daughter of a Trojan priest who has defected to the Greek side. Troilus is assisted in his pursuit of her by Pandarus, Cressida's uncle. Meanwhile, in the Greek camp, the Greek general, Agamemnon, wonders why his commanders seem so downcast and pessimistic. The wise and crafty Ulysses informs him that the army's troubles spring from a lack of respect for authority, brought about by the behavior of Achilles, the greatest Greek warrior, who refuses to fight and instead spends his time sitting in his tent with his comrade (and lover) Patroclus, mocking his superiors. Shortly thereafter, a challenge to single combat arrives from Prince Hector, the greatest Trojan warrior, and Ulysses decides to have Ajax, a headstrong fool, fight Hector instead of Achilles, in the hopes that this snub will wound Achilles's pride and bring him back into the war.In Troy, the sons of King Priam debate whether it is worthwhile to continue the war-or whether they should return Helen to the Greeks and end the struggle. Hector argues for peace, but he is won over by the impassioned Troilus, who wants to continue the struggle. In the Greek camp, Thersites, Ajax's foul-mouthed slave, abuses everyone who crosses his path. His master, meanwhile, has been honored by the commanders over the sulking Achilles, and is to fight Hector the next day.That night, Pandarus brings Troilus and Cressida together, and after they pledge to be forever true to one another, he leads them to a bedchamber to consummate their love. Meanwhile, Cressida's father, the treacherous Trojan priest Calchas, asks the Greek commanders to exchange a Trojan prisoner for his daughter, so that he may be reunited with her. The commanders agree, and the next morning-to Troilus and Cressida's dismay-the trade is made, and a Greek lord named Diomedes leads Cressida away from Troy. That afternoon, Ajax and Hector fight to a draw, and after Hector and Achilles exchange insults, Hector and Troilus feast with the Greeks under a flag of truce. As the camp goes to bed, Ulysses leads Troilus to the tent of Calchas, where the Trojan prince watches from hiding as Cressida agrees to become Diomedes's lover.The next day, in spite of unhappy premonitions from his wife, sister, and his father, Hector takes the field, and a furious and heartbroken Troilus accompanies him. The Trojans drive the Greeks back, but Patroclus is killed, which brings a vengeful Achilles back into the war, finally. Achilles is unable to defeat Hector in single combat, but he later catches him unarmed and, together with a gang of Greek warriors, slaughters him. Achilles then drags Hector's body around the walls of Troy, and the play ends with the Trojan warriors retreating to the city to mourn their fallen hero.