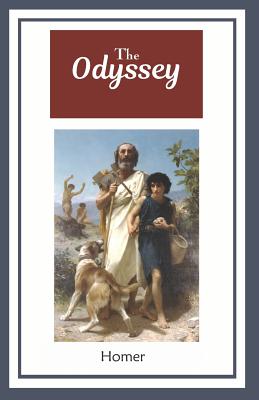 This translation is intended to supplement a work entitled "The Authoress of the Odyssey", which I published in 1897. I could not give the whole "Odyssey" in that book without making it unwieldy, I therefore epitomised my translation, which was already completed and which I now publish in full.I shall not here argue the two main points dealt with in the work just mentioned; I have nothing either to add to, or to withdraw from, what I have there written. The points in question are: (1) that the "Odyssey" was written entirely at, and drawn entirely from, the place now called Trapani on the West Coast of Sicily, alike as regards the Phaeacian and the Ithaca scenes; while the voyages of Ulysses, when once he is within easy reach of Sicily, solve themselves into a periplus of the island, practically from Trapani back to Trapani, via the Lipari islands, the Straits of Messina, and the island of Pantellaria.(2) That the poem was entirely written by a very young woman, who lived at the place now called Trapani, and introduced herself into her work under the name of Nausicaa.The main arguments on which I base the first of these somewhat startling contentions, have been prominently and repeatedly before the English and Italian public ever since they appeared (without rejoinder) in the "Athenaeum" for January 30 and February 20, 1892. Both contentions were urged (also without rejoinder) in the Johnian "Eagle" for the Lent and October terms of the same year. Nothing to which I should reply has reached me from any quarter, and knowing how anxiously I have endeavoured to learn the existence of any flaws in my argument, I begin to feel some confidence that, did such flaws exist, I should have heard, at any rate about some of them, before now.