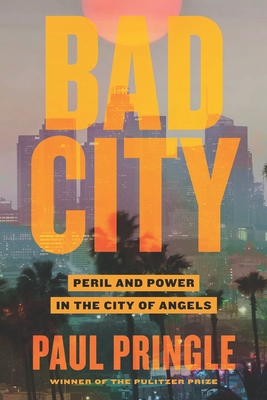 
Email or call for availability and/or price.
For fans of Spotlight and Catch and Kill comes a nonfiction thriller about corruption and betrayal radiating across Los Angeles from one of the region's most powerful institutions, a riveting tale from a Pulitzer-prize winning journalist who investigated the shocking events and helped bring justice in the face of formidable odds. On a cool, overcast afternoon in April 2016, a salacious tip arrived at the L.A. Times that reporter Paul Pringle thought should have taken, at most, a few weeks to check out: a drug overdose at a fancy hotel involving one of the University of Southern California's shiniest stars-Dr. Carmen Puliafito, the head of the prestigious medical school. Pringle, who'd long done battle with USC and its almost impenetrable culture of silence, knew reporting the story wouldn't be a walk in the park. USC is one of the biggest employers in L.A., and it casts a long shadow. But what he couldn't have foreseen was that this tip would lead to the unveiling of not one major scandal at USC but two, wrapped in a web of crimes and cover-ups. The rot rooted out by Pringle and his colleagues at The Times would creep closer to home than they could have imagined-spilling into their own newsroom. Packed with details never before disclosed, Pringle goes behind the scenes to reveal how he and his fellow reporters triumphed over the city's debased institutions, in a narrative that reads like L.A. noir. This is L.A. at its darkest and investigative journalism at its brightest.