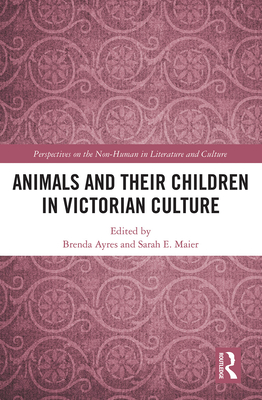 Whether a secularized morality, biblical worldview, or unstated set of mores, the Victorian period can and always will be distinguished from those before and after for its pervasive sense of the proper way of thinking, speaking, doing, and acting. Animals in literature taught Victorian children how to be behave. If you are a postmodern posthumanist, you might argue, But the animals in literature did not write their own accounts. Animal characters may be the creations of writers' imagination, but animals did and do exist in their own right, as did and do humans. The original essays in Animals and Their Children in Victorian explore the representation of animals in children's literature by resisting an anthropomorphized perception of them. Instead of focusing on the domestication of animals, this book analyzes how animals in literature civilize children, teaching them how to get along with fellow creatures--both human and nonhuman.

Dr. Brenda Ayres, once Full Professor on the graduate faculty of English, is now teaching online as Adjunct Professor for Liberty University and Southern New Hampshire University.Dr. Sarah E. Maier is Full Professor of English and Comparative Literature, as well as Director of Interdisciplinary Graduate Studies, at the University of New Brunswick.