Kent McCray: The Man Behind the Most Beloved Television Shows (Hardcover) 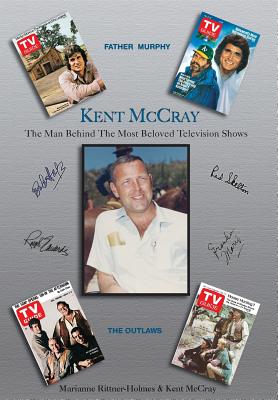 Ask people who Kent McCray is and the question will draw a blank stare. Ask people if they remember Bonanza, The High Chaparral, Little House on the Prairie and Highway to Heaven, and a smile will invariably come to their faces as they recognize the titles and share how these beloved shows influenced their lives. In fact, all four series are still being broadcast 30 to 55 years after their original debuts. They are more than historic; they are iconic because they continue to reach out to new generations of viewers on a global scale.

It all started in 1951. The world was no longer at war; peace-time technology focused on the new medium of television; and AT&T connected the East and West Coasts via coaxial cable creating an explosion in television programming and broadcasting. This was the stage Kent McCray entered in that same year. A live stage. One that put the young NBC production specialist among the likes of Red Skelton, Milton Berle, Ralph Edwards, Groucho Marx, and Bob Hope. He became part of the history of television as it evolved from live TV to videotape to film, from black & white to color.

Kent McCray shares stories that span 50 years of television including production obstacles and solutions, his extraordinary collaboration with Michael Landon, and his legacy of philanthropy, all against the backdrop of current events that helped shape the television industry.

Join Kent McCray as he revisits his incredible life and works that live on to this day.