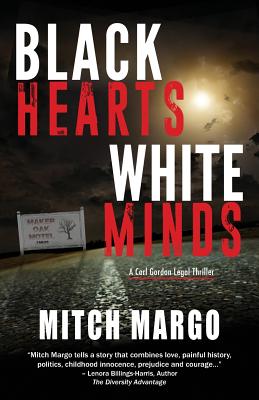 By Mitch a. Margo

The year is 1964 and Carl Gordon is an ill-prepared New York Assistant U.S. Attorney who has lied his way into a transfer to Stockville, Alabama, where he is supposed to monitor and enforce the Civil Rights Act.

In a matter of days, the Ku Klux Klan takes aim at him, the outside agitator. Carl has agreed to represent Oleatha Geary, a black family matriarch who has inherited a mansion in an all-white, race-restricted neighborhood. Carl and Oleatha are engulfed in litigation that turns deadly. Meanwhile, Carl and Oleatha's daughter, Lenore, find themselves in a blossoming romance opposed by everyone, white and Black.

Heroism for hatred, controversy in death, friendship and forbidden love fill the pages of this remarkable tale of societal ills, culture clashes and political change.

"As I read Black Hearts White Minds, I was reminded by turns of Harper Lee, Willie Morris, and John Grisham. Like Grisham, Mitch Margo is an attorney; like Morris, he's a former journalist, and like Lee, his writing is evocative with a moral center straight and true. With our new president publicly insulting Civil Rights icon John Lewis and the new administration looking to reverse 50 years of progress, this Civil Rights era page-turner is a must read." - Richard H. Weiss, Former Daily Features Editor, St. Louis Post-Dispatch

"...At once magical and poignant and terrifying ...You will be enchanted by this powerful story." - Michael A. Kahn, Award-winning Author, Rachel Gold Mysteries Series