Cast a Giant Shadow: Hollywood Movie Great Ted White and the Evolution of American Movies and TV in the 20th Century (Paperback) 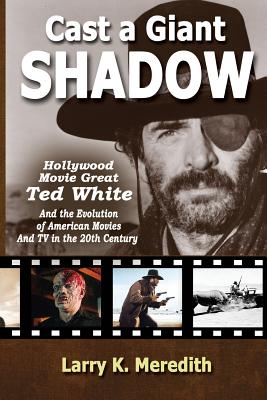 In his 50-year movie career Ted White has had roles alongside, and doubled, such stars as John Wayne, Clark Gable, James Garner, Rock Hudson and many others. In addition to playing Jason in "Friday the 13th: The final Chapter" he has played good guys and bad guys in dozens of films and TV shows. As movies and TV shows changed he schooled himself in the filmmaking arts and has become a valued second unit director, stunt coordinator and sought-after stuntman. His biography is filled with stories of famous leading men and women, some fun, some sad but always interesting and exciting.