Against the Wall (Helsinki Homicide) (Paperback) 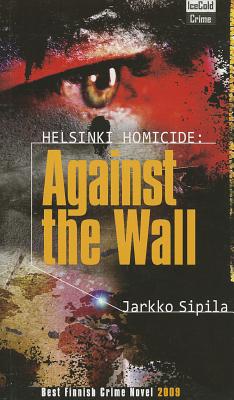 HELSINKI HOMICIDE: AGAINST THE WALL

The 2009 Winner of the Best Finnish Crime Novel:

An abandoned house in Northern Helsinki, a dead body in the garage. Detective Lieutenant Kari Takam ki's homicide team gets a case that looks like a professional hit but they are perplexed by the crime scene.

Takam ki's trusted man Suhonen goes undercover as Suikkanen, a gangster full of action. In pursuit of the murderer, he must operate within the grey area of the law. But, will the end justify the means?

Following in the footsteps of popular Scandinavian writers, Jarkko Sipila is introducing his critically acclaimed Takam ki series in the United States.

Jarkko Sipila, 45, is a Finnish author and journalist. He has been reporting Finnish crime news for MTV3 TV News and the Helsingin Sanomat newspaper for almost 20 years. He has written 11 novels and co-wrote a TV- series "Detectives Don't Sing" based on the Takam ki-books. The pilot episode drew almost a million Finnish viewers.

Helsinki Homicide: Against The Wall, the winner of the 2009 Finnish Crime Novel of the Year Award, is the first of Jarkko Sipila's nine Takam ki-novels to be translated into English. Through realistic characters and complex plots, the author discusses current topics surrounding Finnish society and unveils glimpses into his esoteric homeland.

Minnesota-based Ice Cold Crime published the paperback in the summer of 2009.