Second Son: Transitioning Toward My Destiny, Love, and Life (Paperback) 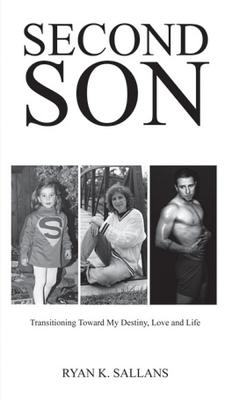 By Ryan Sallans
Email or call for price
Out of Print

Second Son is a story that intimately explores the transition experience of Ryan Salllans, born Kimberly Ann Sallans. The reader is pulled through Ryan's transition from infant to child, child to body-obsessed teenage girl, teenage girl to eating-disordered young woman, female to male, daughter to son, and finally a beloved partner to a cherished fiance'. A unique lens on life and love. Ryan candidly shares his struggle to find love and acceptance; a struggle that transcends through every layer of society. He nearly died from an extreme case of anorexia as an insecure female college student. The only thing that saved him was his inner spirit begging for a chance to live. ? Second Son chronicles Ryan's battle with his family, his romantic partner, and his body. He unblinkingly focuses on the empowerment he achieved as he underwent gender reassignment surgeries and traces his evolution into manhood. ? It took twenty-nine years for Ryan to find himself. The world is now ready for this intimate and honest autobiography that will educate and empower men and women around the globe. At a time when fighting to find oneself is popular, Ryan's story will resonate with people everywhere who are journeying to find their own destinies, love, and life.

Ryan Sallans began his transition from female to male in 2005. He is a nationallly sought speaker, sharing his journey from female to male-bodied and his struggles with an eating disorder. Ryan works as a diversity trainer, consultant and author. He received a Master of Arts degree in English and educational psychology from the University of Nebraska-Lincoln. Ryan was born and raised in Nebraska.