The Sultan's Organ: London to Constantinople in 1599 and adventures on the way (Paperback) 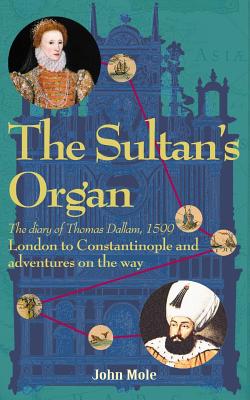 In 1599 Queen Elizabeth I sent a wonderful present to Sultan Mehmet III of Turkey. It was a self-playing organ, which could play for six hours, combined with a speaking clock and jewel-encrusted moving figures, all contained in a gilded cabinet sixteen feet high, six feet wide and five feet deep. With it went four craftsmen led by young Thomas Dallam, musician and organ builder. It took them six eventful months to get from London to Constantinople. They encountered storms, volcanoes, exotic animals, foreign food, pirates, brigands, Moors, Turks, Greeks, Jews, beautiful women, barbarous men, kings and pashas, armies on the march, janissaries, eunuchs, slaves, dwarves and finally the most powerful man in the world, the Great Turk himself. Thomas kept a fascinating diary, now in the British Library. Faithfully translated into modern English, unembellished and unedited, this marvellous traveller's tale reads as if its author were alive today.

John Mole lives in London and Greece. He's had a ragbag of a 'career' from international banking to cleaning up waterweed on an African lake. He has published comic novels, travel memoirs, science fiction and business books. They include his latest novel, The Hero of Negropont, a traveller's tale set in Ottoman Greece. It's All Greek To Me! tells the story of restoring and living in a house with his family on a Greek island. I Was A Potato Oligarch is about his doomed attempt to set up a fast food restaurant in Moscow. Mind Your Manners is a best-selling guide to the business cultures of the new Europe. They are all on Amazon and Kindle.