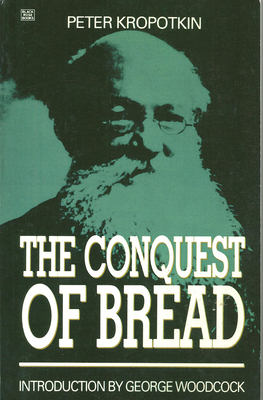 
Ships quickly (1-7 days)
The Conquest of Bread presents the clearest statement of Kropotkin’s anarchist social doctrines. It possesses a lucidity of style not often found in books on social themes. In Kropotkin’s own description, the book is “a study of the needs of humanity, and the economic means to satisfy them”. Taking the Paris Commune as its model, its paramount aim is to show how a social revolution can be made and how a society, organized on libertarian lines, can then be built on the ruins of the old. Form Stirner’s individualism, Proudhon’s mutualism and Bakunin’s collectivism Kropotkin proceeded to the principle of “anarchist communism”, by which private property and inequality of income would give way to the free distribution of goods and services. In summing up his beliefs he said, “The anarchists conceive a society in which all the mutual relations of its members are regulated… by mutual agreements between the members of the society and by a sum of social customs and habits…continually developing and continually readjusting in accordance with the ever-growing requirements of a free life stimulated by the progress of science, invention and the steady growth of higher ideals.”  In his introduction, George Woodcock throws a modern light on the significance and scope of Kropotkin’s work.
Peter Kropotkin (1842–1921) was a renown Russian scientist and anarchist philosopher and activist who lectured across Europe and North America and published widely. His many books include Words of a Rebel and Fields, Factories and Workshops.