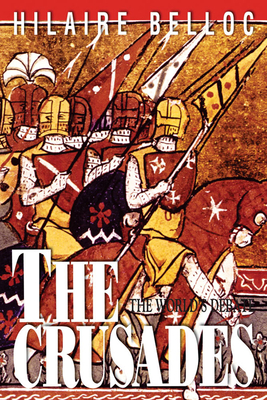 By Belloc
$16.95
Not on our shelves at the moment, but we will order it for you.

Belloc shows that the Crusades were a titanic struggle between Christian civilization and "the Turk," savage Mongols who had embraced Islam. He explains the practical reasons why the Crusaders initially succeeded and why they ultimately failed then he predicts the re-emergence of Islam, since Christendom failed to destroy it in the 12th century. Makes history come alive and gives a rare, true appreciation of Christendom and of our Catholic forefathers.

Hilaire Belloc was born at St. Cloud, France, in 1870. He and his family moved to England upon his father s death, where he took first-class honors in history at Balliol College in Oxford, graduating in 1895. It has been stated that his desire was to rewrite the Catholic history of both France and England. He wrote hundreds of books on the subjects of history, economics, and military science, as well as novels and poetry. His works include The Great Heresies, Europe and the Faith, Survivals and New Arrivals, The Path to Rome, Characters of the Reformation, and How the Reformation Happened.