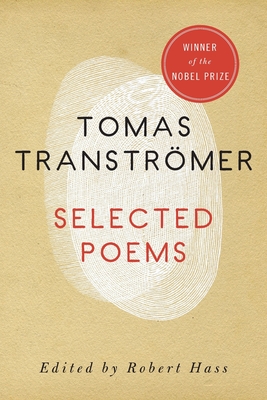 Transtromer writes like no one else I've read. He has a masterful ability to take his poems from minute & the mundane details to expansive & otherworldly places. His words undulate like waves and crescendo like an orchestra.

Tomas Tranströmer's poems are thick with the feel of life lived in a specific place: the dark, overpowering Swedish winters, the long thaws and brief paradisal summers in the Stockholm archipelago. He conveys a sense of what it is like to be a private citizen in the second half of the twentieth century.

Tomas Transtromer, recipient of the 2011 Nobel Prize for Literature, was born in Stockholm in 1931 and is a psychologist by profession. One of Sweden’s most distinguished poets, he has also received the Bonnier Poetry Prize and the Petrarch Prize in Germany. He lives in Stockholm with his wife, Monica.