Year of the King: An Actor's Diary and Sketchbook (Limelight) (Paperback) 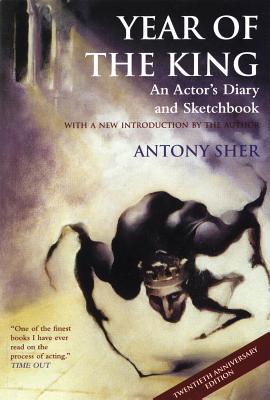 In 1984 Antony Sher, hailed as "the most exciting actor of his generation" by the Observer, made his debut - on homemade crutches - as the infamous Richard III in the Royal Shakespeare Company production of the play. He would go on to win the Laurence Olivier and Evening Standard Awards for best actor. In his own words and sketches, he chronicles his personal and professional journey to this award-winning performance, from the moment he was offered the role to opening night, in the critically acclaimed book Year of the King, now available in this special 20th anniversary edition. From his brainstorm to use crutches to bring the king's deformity to life, to his research for the role, which included watching interviews with psychopaths, reading about mass murderers, and speaking with doctors and physically challenged individuals, to his visit to his homeland of South Africa, to his experiences in working with the Royal Shakespeare Company, the reader is given a front-row seat to Sher's physical and mental preparation - or rather transformation - for his landmark performance as "the bottled spider.