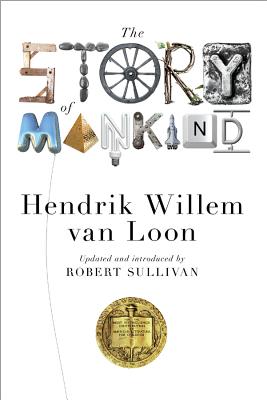 “Remains a marvel: a sparkling, erudite, idiosyncratic tour through the human experience.... What a pageant this charming narrator continues to offer us!” —Wall Street Journal

Winner of the first John Newberry Medal, Hendrik Willem van Loon’s The Story of Mankind, originally written for the author’s grandchildren, has charmed generations with its warmth and wisdom. Beginning with the origins of human life and sweeping forward to illuminate all of history, van Loon’s incomparable prose and illustrations presented a lively rendering of the people and events that have shaped world history. This new edition, updated by best-selling historian Robert Sullivan, continues van Loon’s personable style and incorporates the most important developments of the early twenty-first century, including the war on terrorism, global warming, and the explosion of social media. The result remains extremely “valid in broad outline if not detail and, as ever, a grand and thought-provoking read” (Kirkus Reviews).

Hendrik Willem van Loon received worldwide acclaim for the many books that he both wrote and illustrated. Among his most beloved are The Story of America, The Story of the Bible and The Life and Times of Rembrandt. European born and educated, van Loon was a professor at Antioch College and lectured at Harvard, Cornell, and the University of Munich.

Robert Sullivan is the best-selling author of Rats and My American Revolution.

John Merriman is the Charles Seymour Professor of History at Yale University. A specialist in nineteenth century French history, Merriman earned his Ph. D at the University of Michigan. He is the author of many books, including The Margins of City Life: Explorations on the French Urban Frontier, 1815–1851; Red City: Limoges and the French Nineteenth Century; The Agony of the Republic: The Repression of the Left in Revolutionary France, 1848–1851; and, most recently, The Stones of Balazuc: A French Village in Time (Norton, 2002). He regularly teaches the survey of modern European history at Yale.

[A] wonderful history of the world—a splendidly lucid way, still, for young people to get one view of Western civilization.
— Editor’s Choice