Portland in Three Centuries: The Place and the People (Paperback) 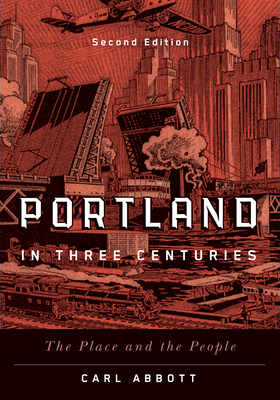 Portland in Three Centuries: The Place and the People (Paperback)


Ships quickly (1-7 days)
A compact and comprehensive history of Portland from first European contact to the twenty-first century, Portland in Three Centuries introduces the women and men who have shaped Oregon’s largest city. The expected politicians and business leaders appear, but Carl Abbott also highlights workers and immigrants, union members and dissenters, women at work and in the public realm, artists and activists, and other movers and shakers.
Incorporating social history and contemporary scholarship in his narrative, Abbott examines current metropolitan character and issues, giving close attention to historical background. He explores the context of opportunities and problems that have helped to shape the rich mosaic that is Portland.
This revised and updated second edition includes greater attention to the Indigenous peoples of the Portland region, Portland’s communities of color, and the challenges of recent years that have thrust Portland into the national spotlight.

A highly readable character study of a city, and enhanced by more than sixty historic and contemporary images, Portland in Three Centuries will appeal to readers interested in Portland, in Oregon, and in Pacific Northwest history.
Carl Abbott is emeritus professor of urban studies and planning at Portland State University. He is the author of many articles and books, including How Cities Won the West: Four Centuries of Urban Change in Western North America and several about Portland history, including Portland: Planning, Politics, and Growth in a Twentieth Century City; The Great Extravaganza: Portland’s Lewis and Clark Exposition; and Greater Portland: Urban Life and Landscape in the Pacific Northwest.