Struggle: The Art of Szukalski (Paperback) 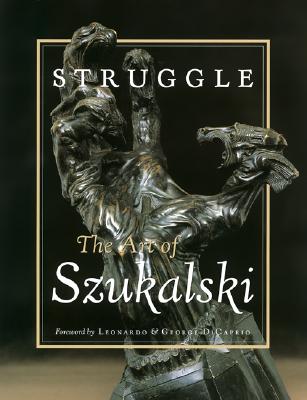 Struggle: The Art of Szukalski (Paperback)


Ships quickly (1-7 days)
Szukalski is now the subject of the critically acclaimed 2018 Netflix documentary Struggle: The Life and Lost Art of Szukalski directed by Irek Dobrowolski and produced by Leonardo DiCaprio.

Foreword by Leonardo and George DiCaprio

The range of Szukalski's achievements in sculpting, drawing, painting, theorizing, and writing is finally reckoned with in Struggle, the title of both this book and the first major retrospective of his art scheduled for early 2001. The book includes over 100 color and black-and-white photos and illustrations; an essay by Eva Kirsch and Donat Kirsch placing the artist's work in historical and aesthetic context; who knew him; and the artist's commentary on selected works.