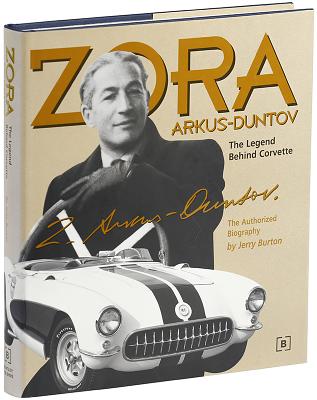 By Jerry Burton
This book might be hard to find. Ask a bookseller for more information.
Backordered

Zora Arkus-Duntov: The Legend Behind Corvette tells the story of how a gifted engineer brought up by Russian Revolutionary parents became the guiding force behind the legendary American sports car, and in the process attained the elite status of American legend himself. Author Jerry Burton, founding editor and current editorial director of Corvette Quarterly, has worked with many of Zora's friends and colleagues, as well as his widow Elfi, to write the first major biography of Zora Arkus-Duntov. Burton has illustrated his book with hundreds of unpublished photos, blueprints, and archival documents.This book puts Duntov in the perspective needed to understand his achievements as a Russian-Jewish immigrant fighting to make his mark at General Motors.