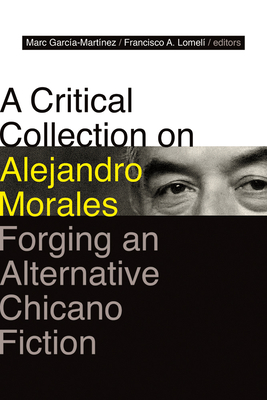 Alejandro Morales is a pioneer of Chicana and Chicano literature and the author of groundbreaking works including The Brick People, The Rag Doll Plagues, and River of Angels. His work, often experimental, was one of the first to depict harsh urban realities in the barrios--a break from much of the Chicana and Chicano fiction that had been published previously. Morales' relentless work has grown over the decades into a veritable menagerie of cultural testimonies, fantastic counterhistories, magical realism, challenging metanarratives, and flesh-and-blood aesthetic innovation. The fourteen essays included in this compendium examine Morales' novels and short stories. The editors also include a critical introduction; an interview between Morales, the editors, and fellow author Daniel Olivas; and a new comprehensive bibliography of Morales' writings and works about him--books, articles, book reviews, online resources, and dissertations. A Critical Collection on Alejandro Morales: Forging an Alternative Chicano Fiction is a must-read for understanding and appreciating Morales' work in particular and Chicana and Chicano literature in general.