The Enchanted Boot: Italian Fairy Tales and Their Tellers (Paperback) 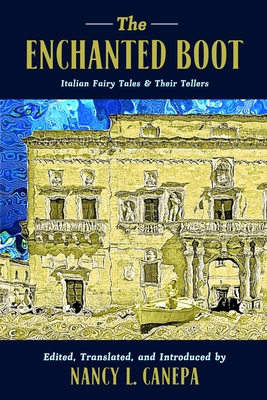 The Enchanted Boot: Italian Fairy Tales and Their Tellers (Paperback)

This comprehensive collection of Italian tales in English encourages a revisitation of the fairy-tale canon in light of some of the most fascinating material that has often been excluded from it. In the United States, we tend to associate fairy tales with children and are most familiar with the tales of the Brothers Grimm, Hans Christian Anderson, and Disney. But the first literary fairy tales appeared in Renaissance Italy, and long before the Grimms there was already a rich and sophisticated tradition that included hundreds of tales, including many of those today considered "classic." The authors featured in this volume have, over the centuries, explored and interrogated the intersections between elite and popular cultures and oral and literary narratives, just as they have investigated the ways in which fairy tales have been and continue to be rewritten as expressions of both collective identities and individual sensibilities. The fairy tale in its Italian incarnations provides a striking example of how this genre is a potent vehicle for expressing cultural aspirations and anxieties as well as for imagining different ways of narrating shared futures.