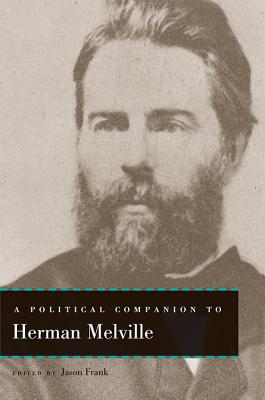 Herman Melville is widely considered to be one of America's greatest authors, and countless literary theorists and critics have studied his life and work. However, political theorists have tended to avoid Melville, turning rather to such contemporaries as Ralph Waldo Emerson and Henry David Thoreau to understand the political thought of the American Renaissance. While Melville was not an activist in the traditional sense and his philosophy is notoriously difficult to categorize, his work is nevertheless deeply political in its own right. As editor Jason Frank notes in his introduction to A Political Companion to Herman Melville, Melville's writing "strikes a note of dissonance in the pre-established harmonies of the American political tradition." This unique volume explores Melville's politics by surveying the full range of his work-from Typee (1846) to the posthumously published Billy Budd (1924). The contributors give historical context to Melville's writings and place him in conversation with political and theoretical debates, examining his relationship to transcendentalism and contemporary continental philosophy and addressing his work's relevance to topics such as nineteenth-century imperialism, twentieth-century legal theory, the anti-rent wars of the 1840s, and the civil rights movement. From these analyses emerges a new and challenging portrait of Melville as a political thinker of the first order, one that will establish his importance not only for nineteenth-century American political thought but also for political theory more broadly.

Jason Frank is associate professor of government at Cornell University. He is the author of Constituent Moments: Enacting the People in Postrevolutionary America and Publius and Political Imagination and coeditor of Vocations of Political Theory.