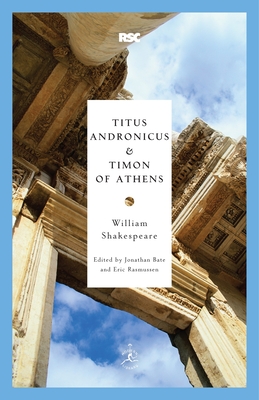 “These words are razors to my wounded heart.”
—Titus Andronicus

“We have seen better days.”
—Timon of Athens

• original Introductions to Titus Andronicus and Timon of Athens
• incisive scene-by-scene synopsis and analysis with vital facts about the work
• commentary on past and current productions based on interviews with leading directors, actors, and designers
• photographs of key RSC productions
• an overview of Shakespeare’s theatrical career and chronology of his plays