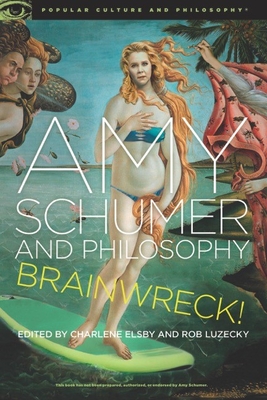 Why read a book about Amy Schumer and philosophy? After all, Amy Schumer is primarily known as a comedian, though she is also an actor, writer, and producer. One reason is that it will be enlightening. Amy Schumer is one of a handful of contemporary comedians filling the role of public philosopher. To be clear, Amy herself does not claim to be offering wisdom. This volume contains seventeen fun-filled chapters. One author makes the case that Amy uses humor to encourage her audience to consider important questions, for example, she does this when she discusses the trial of Bill Cosby while evoking fond memories of The Cosby Show. She essentially asks her audience to consider whether they give priority to unconflicted entertainment over justice for rape victims. In another chapter, the author casts a philosophical eye toward the action-comedy film Snatched and finds that it raises questions about responsibility: Is Schumer's character, Emily, responsible for getting kidnapped in Ecuador? Is Emily responsible for the death of one of her kidnappers? Another author asks whether Snatched can be a great comedy and still get negative reviews? What is the role of art and who determines whether a work of art is good or beautiful? What do Amy Schumer and Friedrich Nietzsche have in common? Is Amy a "sex comic" or an "issue comic"? With her typical self-deprecating comedic style, Amy makes jokes by highlighting the absurd, the illogical, and the hypocritical in gender relations, notions of masculinity and femininity, and superficial values. But the main reason to read Amy Schumer and Philosophy is that it a pretty awesome read and laughter will most definitely ensue.