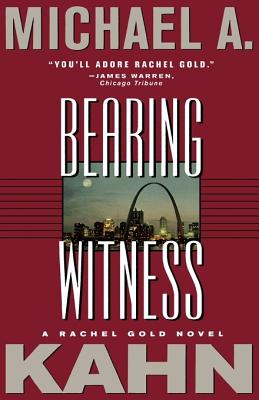 Savvy attorney Rachel Gold wanted no part of any age discrimination case against Beckman Engineering-a corporate powerhouse known both for its good deeds and for its nasty pack of litigation pit bulls. But, when pressured, Rachel reluctantly agrees to represent her mother's best friend, Ruth, who was axed by Beckman just shy of her sixty-third birthday.

As she feared, things get ugly fast as Beckman's lawyers try every dirty tactic possible to tarnish her client's reputation. But Rachel soon discovers that Ruth had stumbled upon a dark secret, or at least the possibility of one, during her years at Beckman-a secret that just might help even the odds in the lawsuit.

Suddenly, their ordinary case mutates into something far more sinister. Skeletons-both in and out of the closet-start piling up as Rachel probes a mystery that spans decades of treachery, bribery, and cold-blooded murder. As Rachel's key witnesses are murdered, one by one, Rachel realizes that she faces a shadowy conspiracy from the past with a deadly grip on the present . . .

"This novel is addictive. Kahn continues to set a higher and higher Gold standard."-John Lutz, bestselling author of The Night Watcher and SWF Seeks Same

"If I needed a lawyer, I'd want one like Rachel Gold. She's smart, determined, and creative."-St. Louis Post-Dispatch