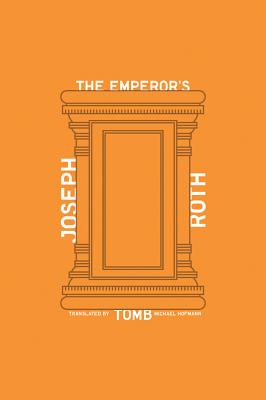 An intensely beautiful book about one of history’s bleakest periods

The Emperor’s Tomb – the last novel Joseph Roth wrote – is a haunting elegy to the vanished world of the Austro-Hungarian Empire, and a magically evocative paean to the passing of time and the loss of hope. The Emperor’s Tomb runs from 1913 to 1938, from the eve of one world war to the eve of the next, from disaster to disaster. Striped with beauty and written in short propulsive chapters – full of upheavals, reversals and abrupt twists of plot – the novel powerfully sketches a time of change and loss. Prophetic and regretful, intuitive and exact, Roth tells of one man’s foppish, sleepwalking, spoiled youth and then his struggle to come to terms with the uncongenial society of post-First World War Vienna, financial ruin, and the first intimations of Nazi barbarities.

Joseph Roth (1894-1939) was the great elegist of the cosmopolitan culture that flourished in the dying days of the Austro-Hungarian Empire. He published several books and articles before his untimely death at the age of 44. Roth’s writing has been admired by J. M. Coetzee, Jeffrey Eugenides, Elie Wiesel, and Nadine Gordimer, among many others.

The poet Michael Hofmann has won numerous prizes for his German translations.