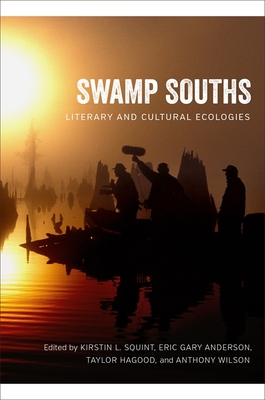 Swamp Souths: Literary and Cultural Ecologies expands the geographical scope of scholarship about southern swamps. Although the physical environments that form its central subjects are scattered throughout the southeastern United States--the Atchafalaya, the Okefenokee, the Mississippi River delta, the Everglades, and the Great Dismal Swamp--this evocative collection challenges fixed notions of place and foregrounds the ways in which ecosystems shape cultures and creations on both local and global scales.

Across seventeen scholarly essays, along with a critical introduction and afterword, Swamp Souths introduces new frameworks for thinking about swamps in the South and beyond, with an emphasis on subjects including Indigenous studies, ecocriticism, intersectional feminism, and the tropical sublime. The volume analyzes canonical writers such as William Faulkner, Zora Neale Hurston, and Eudora Welty, but it also investigates contemporary literary works by Randall Kenan and Karen Russell, the films Beasts of the Southern Wild and My Louisiana Love, and music ranging from swamp rock and zydeco to Beyonc 's visual album Lemonade. Navigating a complex assemblage of places and ecosystems, the contributors argue with passion and critical rigor for considering anew the literary and cultural work that swamps do. This dynamic collection of scholarship proves that swampy approaches to southern spaces possess increased relevance in an era of climate change and political crisis.
Kirstin L. Squint is associate professor of English at High Point University and holds the Whichard Visiting Distinguished Professorship in the Humanities at East Carolina University. She is the author of LeAnne Howe at the Intersections of Southern and Native American Literature. Eric Gary Anderson, associate professor of English at George Mason University, is the author of American Indian Literature and the Southwest: Contexts and Dispositions. With Taylor Hagood and Daniel Cross Turner, he coedited Undead Souths: The Gothic and Beyond in Southern Literature and Culture. Taylor Hagood, professor of American literature at Florida Atlantic University, is the author of Faulkner's Imperialism: Space, Place, and the Materiality of Myth and Faulkner, Writer of Disability. Anthony Wilson, associate professor of English at LaGrange College, is the author of Shadow and Shelter: The Swamp in Southern Culture and Swamp: Nature and Culture.