The Lear World: A study of King Lear in its dramatic context (Heritage) (Paperback) 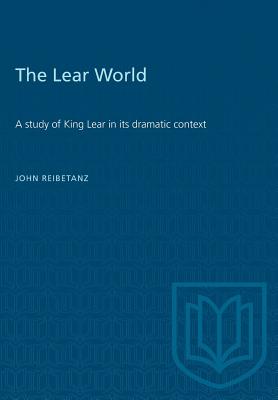 The dramatic traditions and conventions available to Shakespeare at the time he wrote King Lear were so rich and varied as to constitute an extremely resonant and complex vocabulary, one that Shakespeare fully utilized to shape his audience's response and to create the unique world of this play.

Professor Reibetanz argues that many of the qualities that set Lear apart from Shakespeare's other tragedies are those it shares with Jacobean drama rather than with earlier Elizabethan drama. The tightly enclosed world of the play, operating within an internal logic independent of the real world, reflects a structure, to cultivate sheer virtuosity of technique, however, Shakespeare used it to reinforce a profound, archetypal emotional experience, an effect more characteristic of Greek than of Jacobean tragedy.

Shakespeare's use of popular Elizabethan conventions of character definition similarly conveys the elemental quality of a play-world detached from ordinary reality. Yet Shakespeare adopts the conventions not to catapult his characters into the abstract and theoretical world of earlier drama but to apply the power of that world to an essentially human experience. The play asserts, structurally and thematically, the dominance of feeling above form.

The Lear World reflects the depth and eclecticism of Shakespeare's use of dramatic traditions, and deepens our understanding of a compelling and powerful tragedy.