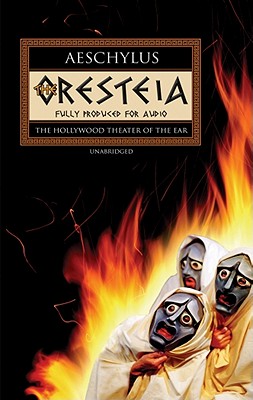 The only complete trilogy to survive from ancient Greek theater is presented here in this sound recording of all three plays: Agamemnon, The Libation Bearers, and The Eumenides. In the Oresteia, Aeschylus dramatizes the myth of the curse on the royal house of Argos. Action begins when King Agamemnon returns victorious from the Trojan War but is treacherously slain by his wife. It ends with the trial of their son, Orestes, who slew his mother to avenge her treachery--a trial with the goddess Athena as judge, the god Apollo as defense attorney, and avenging demons called The Furies as prosecutors. The results of the trial change the nature of divine and human justice forever. As was the custom in antiquity, this trilogy was accompanied by a satyr play called Proteus, a broad farce on a related theme, namely, the encounter between Agamemnon's brother, Menelaus, with the slippery Old Man of the Sea. This play is lost, but Blackstone has included verses from The Odyssey, which inspired it.