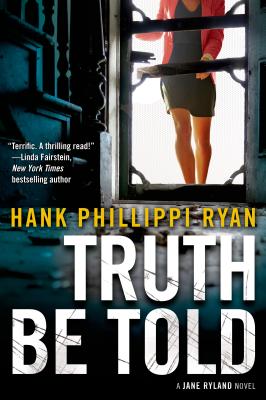 HANK PHILLIPPI RYAN has won five Agatha Awards, in addition to the Anthony, Macavity, Daphne du Maurier, and Mary Higgins Clark Award for her bestselling mystery novels. As an investigative reporter, her work has resulted in new laws, criminals sent to prison, homes saved from foreclosure, and millions of dollars in restitution for victims and consumers. Along with her 34 Emmys and14 Edward R. Murrow awards, Hank has received dozens of other honors for her ground-breaking journalism. A former president of Sisters in Crime and founder of MWA University, she lives in Boston with her husband, a nationally renowned civil rights and criminal defense attorney. She is the author of Trust Me, and the Jane Ryland series (The Other Woman, The Wrong Girl, Truth be Told, Say No More and What You See).

“Hank Phillippi Ryan is every bit as good as you may have heard she is, and then some. She breathes new life into the investigative thriller...Jake's dogged investigative prowess, Jane's reporting tenaciousness, their somewhat delicate relationship, and the mysteries that form the heart of the plot combine to make TRUTH BE TOLD one of Ryan's best works to date.” —Joe Hartlaub, Bookreporter

“...Packs a powerful punch, and offers a clever mix of mystery, corruption, and romance. Mystery enthusiasts will want to drop everything and binge-read until the mind-boggling conclusion.” —Library Journal, Starred Review

“Ryan's smart, well-paced third Jane Ryland novel (after 2013's The Wrong Girl) takes aim at the housing crisis of recent years...Ryan, a Mary Higgins Clark Award winner, cleverly ties the plot together, offers surprising but believable plot twists, and skillfully characterizes the supporting cast... She also provides just the right amount of romance between Jane and Jake, with a delectable hint that Jake might have some competition.” —Publishers Weekly

“Foreclosure fraud entwines with a 20-year-old murder case in the latest knotty, engrossing mystery-thriller by an award-winning Boston journalist... Ryland and Brogan are such a cute couple that you wonder how long it'll be before somebody makes a TV series out of them.” —Kirkus Reviews