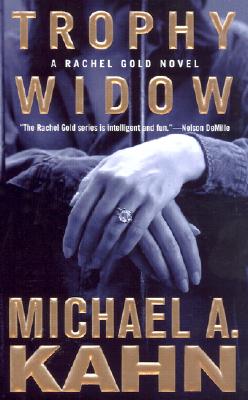 Savvy attorney Rachel Gold has had her share of celebrity clients, but none with the stature of her newest client, Angela Green. Angela may well be the most famous former housewife in America, and surely the only one to receive special awards from Ms. magazine and the NAACP while serving time in prison for the brutal murder of her powerful husband.

Her highly publicized murder trial made Angela a media star and a folk hero. And now, with a lucrative book deal and a major motion picture in the works, she finds herself at the center of another legal controversy-this one over the proceeds from the book and movie. To defend her in the lawsuit, Angela retains Rachel Gold, who already has her hands full with a bizarre ostrich lawsuit that's right out of the pages of a supermarket tabloid.

As Rachel prepares to represent Angela in the Son of Sam lawsuit, where proceeds from Angela's book would go to the victim's family, she starts to uncover questions that were never really answered in the murder trial. Is it possible-is it even conceivable-that Angela was framed?

And if Angela's really innocent, then the murderer is still at large-and, as Rachel discovers, ready to kill again.

"If I needed a lawyer, I'd want one like Rachel Gold. She's smart, determined, and creative."-St. Louis Post-Dispatch

"The Rachel Gold series is intelligent and fun."-Nelson DeMille