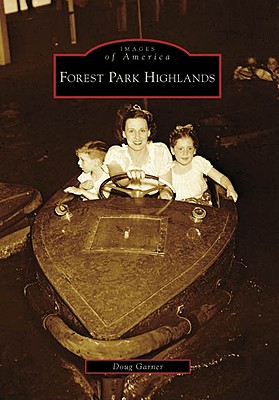 
Special Order
Forest Park Highlands was once St. Louis's largest and best-known amusement park. In its earliest years, the Highlands boasted a fine theater and one of the largest public swimming pools in the United States. After the 1904 world's fair closed, several attractions found a new home at the Highlands; the large pagoda--a re-creation of the temple of Nekko, Japan--served as the park's bandstand for several years. Roller coasters are the lifeline of every good amusement park, and the Highlands always had two. The end came for the Highlands in a spectacular fire that decimated almost the entire park on July 19, 1963. Only the Comet roller coaster, the Ferris wheel, the Dodgems, the carousel, and the Aero Jets survived. Forest Park Highlands covers other historic amusement parks in St. Louis as well, starting with the earliest, West End Heights, and ending with Holiday Hill, the last remaining park.