Faith in the Masses: Essays Celebrating 100 years of the Communist Party USA (Paperback) 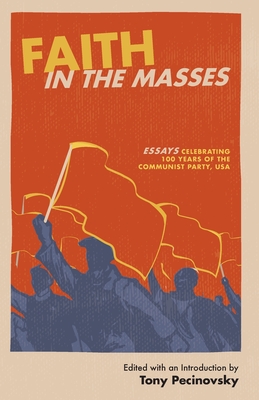 Faith in the Masses is a collection of 12 essays by historians and activist-scholars on various aspects of the 100-year history of the CPUSA.

The essays in this book demonstrate the Communist Party, USA's century long commitment to equality, workers' rights, peace, and socialism. They highlight the struggle for African American equality, Black liberation, and women's rights, and place athletic, cultural, and literary activities well within the scope of CPUSA work. This book asserts that the CPUSA played a leading role in the social and economic justice struggles of the 20th century.

Included in this collection are three essays that challenge the narrative dominant within traditional academic circles that the CPUSA became a marginal political force post-1956. Faith in the Masses adds the historiography of the CPUSA with a discussion of Communist involvement in the 1960s and 1970s youth and student upsurge, peace, civil rights, and the movement for environmental sustainability.