The Art of the Occult: A Visual Sourcebook for the Modern Mystic (Art in the Margins #1) (Hardcover) 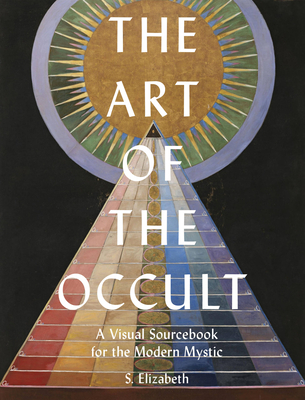 The Art of the Occult: A Visual Sourcebook for the Modern Mystic (Art in the Margins #1) (Hardcover)

Mystical beliefs and practices have existed for millennia, but why do we still chase the esoteric? From the beginning of human creativity itself, image-makers have been drawn to these unknown spheres and have created curious artworks that transcend time and place – but what is it that attracts artists to these magical realms?

From theosophy and kabbalah, to the zodiac and alchemy; spiritualism and ceremonial magic, to the elements and sacred geometry – The Art of the Occult introduces major occult themes and showcases the artists who have been influenced and led by them. Discover the symbolic and mythical images of the Pre-Raphaelites; the automatic drawing of Hilma af Klint and Madge Gill; Leonora Carrington's surrealist interpretation of myth, alchemy and kabbalah; and much more.

Featuring prominent, marginalised and little-known artists, The Art of the Occult crosses mystical spheres in a bid to inspire and delight. Divided into thematic chapters (The Cosmos, Higher Beings, Practitioners), the book acts as an entertaining introduction to the art of mysticism – with essays examining each practice and over 175 artworks to discover.

The art of the occult has always existed in the margins but inspired the masses, and this book will spark curiosity in all fans of magic, mysticism and the mysterious.

S. Elizabeth (aka Mlle Ghoul) is a Florida-based writer specialising in art, the macabre and the supernatural. She is a staff writer at Haute Macabre and has written for Coilhouse, Dirge and the blog Death & the Maiden. S. Elizabeth was also the co-creator of The Occult Activity Book (vol 1 and 2) and runs two successful blogs: Ghoul Next Door (ghoulnextdoor.tumblr.com) and These Unquiet Things (unquietthings.com).


"This exhibition-in-a-book brings together a cornucopia of images from the Western occult tradition in a manner that inspires curiosity and thought."—MythLore