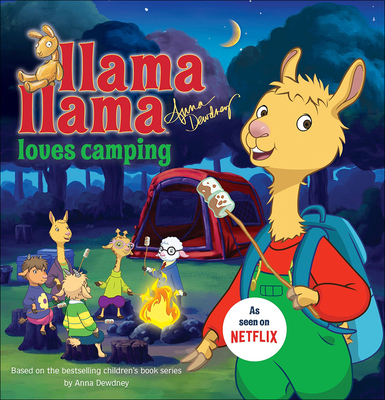 By Anna Dewdney (Created by)


Ships quickly (1-7 days)
(This book cannot be returned.)
An 8x8 based on an episode of Llama Llama's animated Netflix series all about one of the most fun activities for little llamas (and kids): camping Look out, world--Llama Llama is a TV star The beloved character, made famous by Anna Dewdney's best-selling picture books, is the star of his own original series, now airing on Netflix. In this episode-based 8x8, Llama Llama goes camping for the very first time and learns a valuable lesson: what seems scary can actually be super-duper FUN Your little llamas will love relating to their favorite picture book character as he faces new and challenging situations.
The Llama Llama Netflix animated television series is inspired by the best-selling picture books written and illustrated by Anna Dewdney.