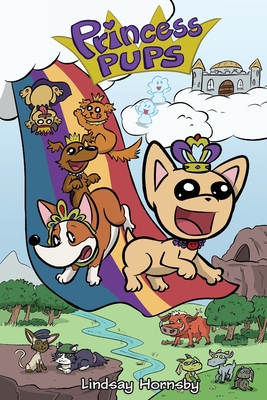 The Princess Pups comics are in color with little dialogue, except for sound effects and puppy barking, making them excellent for young readers or someone who just wants to see some silly comics involving puppies.