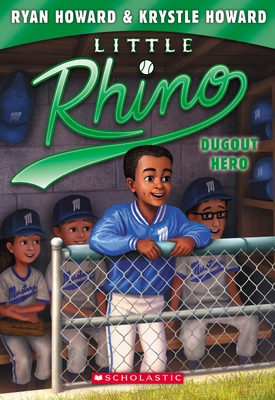 This is book number 3 in the Little Rhino series.

The score was 5-5 in the bottom of the ninth, with two outs, and two strikes. The Mustangs were on a hot winning streak and every victory was important. Little Rhino's whole team was cheering for him. Even Dylan was standing on the bench rooting for Little Rhino, the home run hitter. It all came down to the next pitch. When the pitcher threw the ball, Little Rhino swung as hard as his arms could handle, felt a pop in his ankle, and dropped to the ground.

That was yesterday. Today, Little Rhino is propped up on the couch with a sprained ankle. The doctor said Little Rhino is not going to be able to play baseball for the next two weeks. Rhino's friends keep dropping by to bring him his homework but Rhino just wants to be back on the field. Can he find a way to help his team without playing?