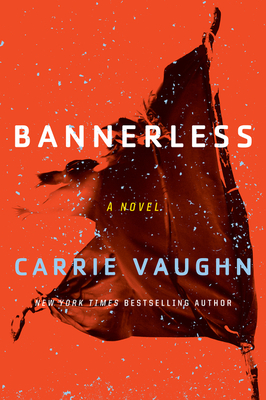 A quiet community is shaken by a murder. In the aftermath of the Fall, Earth is more agrarian than at any time since the Middle Ages. Murder is almost unheard of along the Coast Road. Enid and Tomas, as investigators, must learn the truth, even as their very presence disrupts a community that sits on the edge of chaos. A well-drawn post-apocalypse reminiscent of Leigh Brackett's The Long Tomorrow. Excellent.

Decades after economic and environmental collapse destroys much of civilization in the United States, the Coast Road region isn’t just surviving but thriving by some accounts, building something new on the ruins of what came before. A culture of population control has developed in which people, organized into households, must earn the children they bear by proving they can take care of them and are awarded symbolic banners to demonstrate this privilege. In the meantime, birth control is mandatory.

Enid of Haven is an Investigator, called on to mediate disputes and examine transgressions against the community. She’s young for the job and hasn't yet handled a serious case. Now, though, a suspicious death requires her attention. The victim was an outcast, but might someone have taken dislike a step further and murdered him?

In a world defined by the disasters that happened a century before, the past is always present. But this investigation may reveal the cracks in Enid’s world and make her question what she really stands for.

Carrie Vaughn's work includes the Philip K. Dick Award winning novel Bannerless, the New York Times Bestselling Kitty Norville urban fantasy series, over twenty novels and upwards of 100 short stories, two of which have been finalists for the Hugo Award. An Air Force brat, she survived her nomadic childhood and managed to put down roots in Boulder, Colorado. Visit her at www.carrievaughn.com.

"[A]n intimate post-apocalyptic mystery . . . a deft portrait of a society departed so completely from the complexities of the now-destroyed civilization . . . that survivors don’t even understand what it is they’ve lost . . . [A] well-crafted and heartfelt effort." — Kirkus Reviews

"Amazing and compelling, Vaughn brings her deft characterization and humanity to bear on a post-apocalyptic world that is all too real." — Tobias S. Buckell, bestselling author of Arctic Rising