We hosted an event with this author
7 years 9 months ago
Check here for a signed copy or email us at info@left-bank.com. 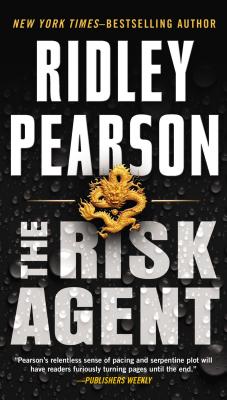 By Ridley Pearson
Email or call for price
Hard to Find

#1 New York Times bestselling author Ridley Pearson begins an electrifying new thriller series.
After a Chinese national working for an American-owned construction company is kidnapped in Shanghai, Rutherford Risk a hostage rescue firm is called in. But in China, private investigation is illegal, and operating within its borders will be difficult.
For the job, the company recruits two outsiders: Grace Chu, a refined forensic expert, to follow the money and John Knox, a hard charger who is experienced in both combat and the street culture of Shanghai. But following the money leads to more complex and hazardous consequences than either anticipated. Who is behind the kidnapping? What are their true motives? And more important, can Knox and Grace save the hostages before the deadline?

Ridley Pearson is the author of more than two dozen crime novels, including the New York Times bestsellers Killer Summer, Killer View, and Probable Cause. He is also the author of the bestselling Lou Boldt crime series, and, with Dave Barry, coauthor of the bestselling Peter and the Starcatchers series. In 1990, Pearson was awarded the Raymond Chandler Fulbright Fellowship at Wadam College, Oxford. In 2009, he was a visiting professor at Fudan University in Shanghai. He lives with his wife and their two daughters, dividing their time between Hailey, Idaho, and St. Louis.

“If we had a Thriller Hall of Fame, Ridley Pearson would be a first-ballot certainty.”—Lee Child

“Rich with the atmosphere of Shanghai and filled with breathtaking suspense.”—Library Journal (starred review)