The Conquest of Bread (Dover Books on History) (Paperback) 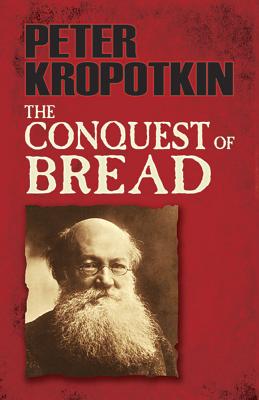 By Peter Kropotkin
$14.95
Not on our shelves at the moment, but we will order it for you.
(This book cannot be returned.)

Born a Russian prince, Peter Kropotkin (1842-1921) rejected his title and wealth to spend his life in pursuit of social justice and equality. His last major work, The Conquest of Bread, surveys economic methods for the satisfaction of human needs. The 1892 treatise also outlines the revolutionary path to his vision of utopia: an anarchist communist society.
Kropotkin criticizes the effects of feudalism and capitalism, noting that both systems exacerbate poverty and promote privilege, even in times of abundance. Citing the human propensity toward voluntary cooperation, he proposes the establishment of free, self-sufficient anarchic communesand outlines practical considerations of production and distribution. The author supports his theories with examples from the French rebellions of 1789, 1848, and 1871, and his reasoning anticipates aspects of twentieth-century revolutions in Russia, Germany, and Spain. At a time when many thinkers employed the new Darwinian concept of survival of the fittest to justify their capitalist and imperialist goals, Kropotkin pointed out the historic patterns of humanity's best success under cooperative circumstances. A century later, his economic analysis remains fresh and relevant.

Peter Kropotkin (1842-1921) rejected his aristocratic birthright and the inequalities of Russian society to pursue a philosophy of nonviolent anarchism based on mutual aid.