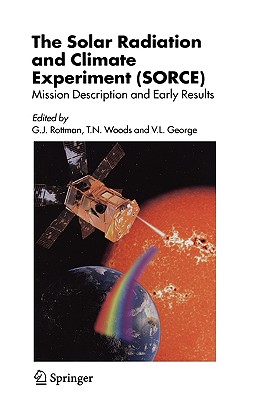 This volume on the Solar Radiation and Climate Experiment (SORCE) mission continues a Solar Physics tradition of special topical issues dedicated to major solar space missions. As one element of NASA's Earth Observing System, SORCE is a satellite carrying four instruments to measure the solar radiation incident at the top of the Earth's atmosphere. These observations are improving our understanding and generating new inquiry regarding how and why solar variability occurs and how it affects our atmosphere and climate. The SORCE mission is a joint effort between NASA and the Laboratory for Atmospheric and Space Physics (LASP) at the University of Colorado. The mission is a Principal Investigator-led mission under the direction of Dr. Gary Rottman from LASP. LASP developed, calibrated, and tested the four science instruments before integrating them onto a spacecraft procured from Orbital Sciences Corporation. The SORCE instruments include the Total Irradiance Monitor (TIM), the Spec- tral Irradiance Monitor (SIM), two Solar Stellar Irradiance Comparison Experi- ments (SOLSTICE), and the XUV Photometer System (XPS). The TIM instrument continues the precise measurements of total solar irradiance (TSI) that first began in 1978. SORCE also provides measurements of the solar spectral irradiance (SSI) from 1 to 2000 nm with its other instruments. The Sun has both direct and indirect influences on the terrestrial system, and SORCE's comprehensive total and spec- tral solar measurements are providing the requisite understanding of this important climate system variable.

The SORCE Principal Investigator, Dr. Gary Rottman from LASP at the University of Colorado, has been at the forefront of solar irradiance variability research for decades. Very early in Dr. Rottman's career he recognized the need for reliable and continuous long-term measurements of the Sun's output. Through many sounding rocket experiments and satellite instruments, Dr. Rottman has led research efforts in obtaining, analyzing, interpreting, and disseminating solar irradiance measurements. Tom Woods - Dr. Tom Woods is the SORCE Project Scientist and is also the Associate Director at the Laboratory for Atmospheric and Space Physics (LASP) at the University of Colorado. Tom joined LASP in 1987 to work on the UARS SOLSTICE program under the direction of Gary Rottman. Greg Kopp - Dr. Greg Kopp is a Research Scientist at the University of Colorado's Laboratory for Atmospheric and Space Physics. He has a background in solar physics and aerospace instrumentation. He obtained a BS in Physics from the California Institute of Technology and a PhD in Physics from Stanford University. Greg is the instrument scientist for the TIM (Total Irradiance Monitor) instrument on board SORCE, and he is developing the next TIM for the NASA Glory Mission.