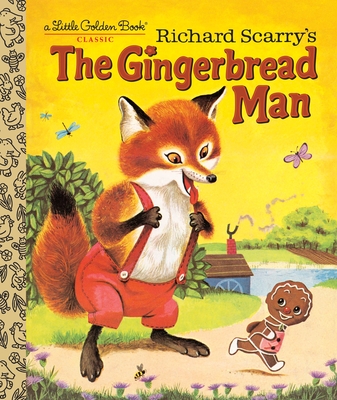 “Run, run, as fast as you can!” Catch Richard Scarry’s gingerbread man as he tears through this beloved Little Golden Book, originally published in 1953 and every bit as enchanting today. It makes a perfect holiday gift, and is ready to delight any child who loves this favorite funny folk tale.
NANCY NOLTE was the author of Richard Scarry's The Gingerbread Man for Little Golden Books.

RICHARD SCARRY is one of the world’s best-loved children’s authors EVER! In his extraordinary career, Scarry illustrated over 150 books, many of which have never been out of print. His books have sold over 100 million copies around the world and are currently published in over twenty languages. No other illustrator has shown such a lively interest in the words and concepts of early childhood. Richard Scarry was posthumously awarded a Lifetime Achievement Award from the Society of Illustrators in 2012.