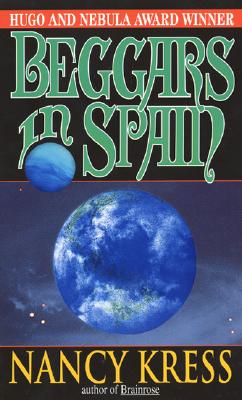 By Nancy Kress
Email or call for price
Hard to Find

Born in 2008, Leisha Camden is beautiful, extraordinarily intelligent . . . and one of an ever-growing number of human beings who have been genetically modified to never require sleep.

Once she and "her kind" were considered interesting anomalies. Now they are outcasts -- victims of blind hatred, political repression and shocking mob violence meant to drive the "Sleepless" from human society . . . and, ultimately, from the Earth itself.

But Leisha Camden has chosen to remain behind in a world that envies and fears her "gift" -- a world marked for destruction in a devastating conspiracy of freedom . . . and revenge.

DAVID BRIN has written or contributed to a dozen works of fiction and science fiction, has a Ph.D in astrophysics, and has been a professor and a NASA consultant.NANCY KRESS is the author of fourteen books of fantasy and science fiction, including both novels and short-story collections.