Girl One: A Novel (Hardcover) 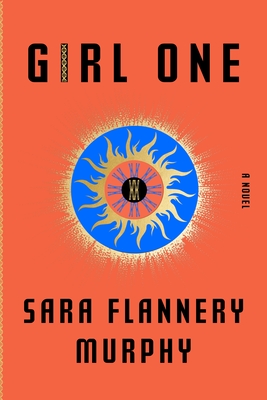 Girl One: A Novel (Hardcover)

A perfect blend of a supernatural thriller and mystery, where every chapter gives you another piece of the puzzle and a little bit of magic.

Josephine Morrow is Girl One, the first of nine Miracle Babies conceived without male DNA on an experimental commune known as the Homestead. The Girls were raised in the shadow of controversy—plagued by zealots calling them aberrations and their mothers demons—until a devastating fire at the Homestead claimed the lives of three people, leaving the survivors to scatter across the United States.

Years later, upon learning that her mother has gone missing, Josie sets off on a desperate road trip, tracking down the only people who might help: her estranged sisters. Tracing clues her mother left behind, Josie joins forces with two of the Girls, and they journey back through their past, uncovering secrets about their origins and unlocking devastating abilities they never knew they had.

Girl One combines the provocative imagination of Naomi Alderman’s The Power with the propulsive, cinematic storytelling of a Marvel movie. In her electrifying, wildly entertaining new novel, Sara Flannery Murphy delivers a rousing tale of love, ambition, power, and the extraordinary bonds of sisterhood.

Sara Flannery Murphy is the author of the novel The Possessions and Girl One. She grew up in Arkansas, studied library science in British Columbia, and received her MFA in creative writing at Washington University in St. Louis. She lives in Utah with her husband and their two sons.

"If The Handmaid’s Tale and the Marvel Cinematic Universe had a baby, the result would probably look something like this feminist sci-fi thriller."
—Keely Weiss, Harper's Bazaar

"Full of multiverse alternate-timeline feels, Girl One all but dares you to imagine what the world would look like if humanity had made massive changes to reproduction in the 1970s . . . This trippy, detective-style sci-fi thriller rewards readers who stick with it . . . It will leave you thinking about the power of choice and the importance of family."
—Saira Mueller, Wired

"This is the superhero take on 1970s feminism that we never knew we needed—and after reading it, I’m a bit shocked it hasn’t been done before! . . . [An] Atwood-esque thriller."
—Molly Odintz, CrimeReads

“A genre-defying, thought-provoking thriller that is impossible to put down. Girl One is an engaging, timely exploration of identity and the power women possess when they band together.”
—Kami Garcia, author of Beautiful Creatures

"Murphy, smartly, doesn’t dive too deeply into the science of it all, but focuses on the women at the heart of the story. A compelling read."
—Emily Burack, Alma

“Girl One flares into the world with genetic possibilities and a bold remaking of history. A speculative feminist thriller of the highest order, Girl One is fresh, boundless, and thought-provoking. Certain books and characters linger long after the final page. Josephine Morrow and her extraordinary journey is one you won’t soon forget.”
—Mindy Mejia, author of Everything You Want Me To Be and Strike Me Down

"This twisty, fast-paced thriller raises some really terrific questions regarding ethics in science and media, especially as they relate to feminism and female agency . . . extraordinarily relevant even in this third decade of the 21st century."
—Doreen Sheridan, Criminal Element

“Sara Flannery Murphy’s Girl One is both a heart-pounding, bingeworthy thriller and a riveting exploration of creation, consent, and the power of sisterhood. Don’t miss this compelling new entry to the feminist literary canon!”
—Layne Fargo, author of They Never Learn