Shakespeare in Swahililand: In Search of a Global Poet (Paperback) 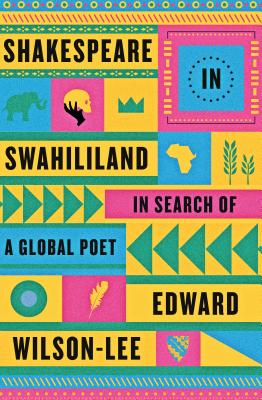 An exploration of Shakespeare as a global poet

Shakespeare in Swahililand tells the unexpected literary history of Shakespeare’s influence in East Africa. Beginning with Victorian-era expeditions in which Shakespeare’s works were the sole reading material carried into the interior, the Bard has been a vital touchstone throughout the region. His plays were printed by liberated slaves as one of the first texts in Swahili, performed by Indian laborers while they built the Uganda railroad, used to argue for native rights, and translated by intellectuals, revolutionaries, and independence leaders.

Weaving together stories of explorers staggering through Africa’s interior, eccentrics living out their dreams on the savanna, decadent émigrés, Cold War intrigues, and even Che Guevara, Edward Wilson-Lee—a Cambridge lecturer raised in Kenya—tallies Shakespeare’s influence in Zanzibar, Kenya, Tanzania, Uganda, Ethiopia, and Sudan. Traveling through these countries, he speaks with everyone from theater directors and academics to soldiers and aid workers, discovering not only cultural dimensions traceable to Shakespeare's plays but also an overwhelming insistence that these works provide a key insight into the region.

An astonishing work of empathy and historical vision, Shakespeare in Swahililand gets at the heart of what makes Shakespeare so universal and the role that his writings have played in thinking about what it means to be human.

Edward Wilson-Lee was raised in Kenya by conservationist parents, studied English at University College London, and completed a doctorate at Oxford and Cambridge. Over the past few years he has spent extended periods in Kenya, Tanzania, Uganda, Ethiopia, and South Sudan. He now lives in Cambridge with his wife and son, and teaches Shakespeare at Sidney Sussex College.

"Wilson-Lee enjoyably melds memoir, history, and literary travelogue to reveal the surprising hold that Shakespeare continues to have on a culture remote from his own." —Kirkus Reviews

"Wilson-Lee draws a rich portrait of a region of Africa in which Shakespeare was familiar, adored, and widely performed with numerous local embellishments. Acrobatic in style and impressive in scholarship." —Publishers Weekly

"There is no better time to recommend Shakespeare in Swahililand: In Search of a Global Poet. A lecturer at Cambridge, Wilson-Lee was born on the African continent and spent his formative years in Kenya. This book evinces a remarkable familiarity with Africa, filtered through the lens of that most-English poet and playwright." —The New Criterion

"Edward Wilson-Lee . . . has successfully told a lesser-known story of Africa, and it is a story worth knowing." —The Economist

"Wilson-Lee’s account of his East African Shakespeare-hunt is vivid and full of insights." —Daniel Hahn, The Independent