The Stories (So Far) of Deborah Eisenberg (Paperback) 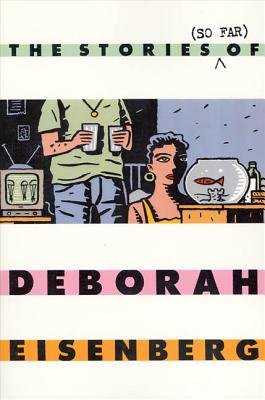 The Stories (So Far) of Deborah Eisenberg (Paperback)

When Deborah Eisenberg's first book of stories, Transactions in a Foreign Currency, was published, John Updike noted: "Whenever a new writer arrives, a new window of life is opened, and this has happened here." The scope and depth of Eisenberg's idiosyncratic vision were even more apparent in her second collection, Under the 82nd Airborne, which The New York Times Book Review called "nothing short of extraordinary."

As these two collections gathered here into one volume show, Eisenberg's stories have an astonishing power and range. Her characters, whether they are walking in the streets of Manhattan or seemingly abandoned in foreign countries, continually make disquieting and sometimes life-threatening discoveries about themselves, discoveries that illuminate not only their own lives but also the wider net of relationships in which they are enmeshed.

"The reprinting of these two collections as one is sure to win Eisenberg's stories an even wider audience than they now enjoy." - Publishers Weekly