American Antifa: The Tactics, Culture, and Practice of Militant Antifascism (Routledge Studies in Fascism and the Far Right) (Paperback) 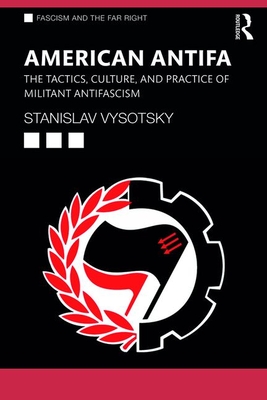 Since the election of President Trump and the rise in racist and white supremacist activity, the militant antifascist movement known as antifa has become increasingly active and high profile in the United States. This book analyzes the tactics, culture, and practices of the movement through a combination of social movement studies and critical criminological perspectives.

Based on extensive fieldwork and interviews with activists, this book is the first scholarly sociological analysis of contemporary antifascist activism in the United States. Drawing on social movement studies, subculture studies and critical criminology, it explains antifa's membership, their ideology, strategy, tactics and use of culture as a weapon against the far right. It provides the most detailed account of this movement and also cuts through much of the mythology and common misunderstandings about it.

This book will be of interest to scholars and students in sociology, political science, anthropology, criminology, and history; however, a general audience would also be interested in the explanation of what drives antifa tactics and strategy in light of the high-profile conflicts between fascists and antifascists.

Stanislav Vysotsky is a sociologist whose research focuses on fascist and antifascist movements. Dr. Vysotsky's research on the militant antifascist movement and the relationship between threat, space, subculture, and social movement activism has been published in journals such as Interface: A Journal for and about Social Movements and Critical Criminology. He has also published research on fascist and supremacist movements in the Journal of Political and Military Sociology, the Journal of Crime and Justice, the Journal of Hate Studies, as well as several edited volumes.